“We must bind and cast out one of our own to feed the beast.
And then when his belly is full we can escape.” 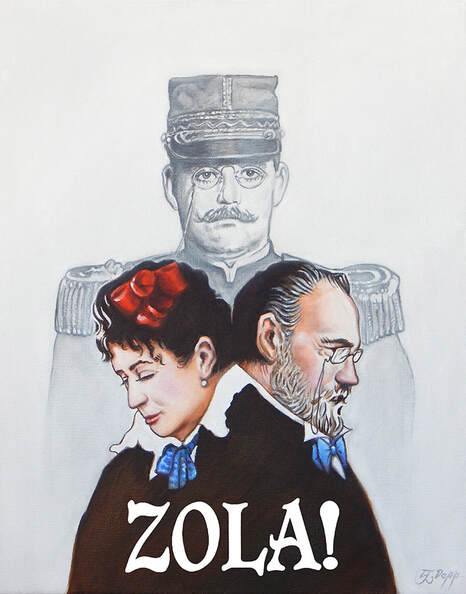 It was theatrical producer, Joseph Papp’s belief that theater, in all its forms, can  affect and influence culture at every level.    “ZOLA” is an expression of that idea.

- A corrupt and inept General Staff cannot find a spy in their midst.
- To appease the public’s growing distrust of the military the General Staff  must act.
- Dreyfus, a Jew, is falsely accused of selling military secrets to an enemy and  serves as the scapegoat for the frightened General Staff.
- An artist, Emile Zola, acting against his own self-interests sacrifices his  reputation and ultimately, his life, to expose this subterfuge.

ZOLA! is allegorical to humanity’s willingness to sacrifice one of their own to serve  what they perceive as a greater good and the power of art as a weapon against  tyranny in all its manifestations.

“ZOLA! empowers an audience in a world fraught with change and conflict to find  hope in the knowledge that truth has an intrinsic value and that we are indebted to  the artist for their noble efforts and sacrifice.
​